How LQ Can Make You More Intelligent 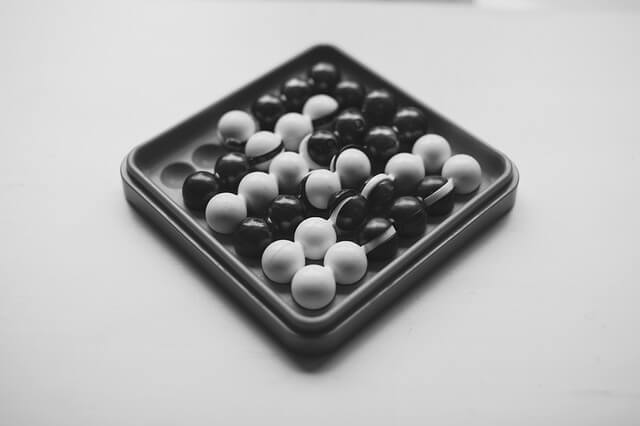 There are many benefits of a high LQ including improved self awareness, emotional stability and being able to manage negative emotions in a healthy and empowered way. One benefit of a healthy LQ is improved learning ability and cognitive performance. In this article we will explore IQ and how, even though most aspects of one’s IQ are fixed, there are elements of intelligence which can be improved by increasing one’s LQ. We will also show that one’s ability to learn is impacted by several factors, stress being a major consideration, and how LQ practices like meditation can be used to reduce stress and increase memory retention, cognitive function and concentration. We will also delve into the impact of kindness on how we learn and how we apply our abilities.

What is IQ and Why It Matters?

Intelligence Quotient or (IQ) is a means of assessing a person’s intelligence. A set of standardized tests are used to test verbal knowledge, perceptual speed, short-term memory and spatial visualization. The Wechsler Adult Intelligence Scale (WAIS-IV) is the most common standardized test currently in use. It includes 10 subsets, which include both verbal and performance based measures. The combination of overall and categorized scores provide insight into both an individual’s overall intelligence and the areas in which they perform better or worse. IQ tests are usually administered by schools and are used of a predictor of academic achievement. They are used as part of the assessment process for admission to educational institutions and they also help teachers identify areas in-which students require extra help. IQ tests are used as part of psychometric testing when applying for jobs and even the US Government uses IQ testing to make military appointments.

The Limitations of IQ as a Measure of Intelligence

The subject of IQ has been debated for almost a century with experts providing different viewpoints on what defines intelligence. One theory is that people possess multiple intelligences. Psychologist Howard Gardner breaks intelligence down into 8 areas: logical, spatial, linguistic, interpersonal, naturalist, kinaesthetic, musical and intrapersonal. One of the most common criticisms of IQ is that it focuses on analytical thinking, measuring only some of the above areas while neglecting others. Daniel Goleman’s theory on emotional intelligence, which takes a person’s ability to interact socially into account, has grown in popularity and has made a serious dent in the reliance on IQ as the sole measure of intelligence. Another hotly debated topic is the fact that IQ test results vary, raising the question; is IQ fixed or can it be improved?

Is IQ Fixed or Can It be Improved?

For years the general opinion has been that IQ varies in childhood and adolescence and “settles” in early adulthood. Experts have suggested that IQ is fixed around age 18. New research suggests that IQ can be improved. Postdoctoral fellows Susanne M. Jaeggi and Martin Buschkuehl show that fluid intelligence i.e. our ability to understand relationships between various concepts in problem solving accesses our short term or working memory. By improving our memory this aspect of intelligence can be improved. It’s not what you have it’s how you use it that counts. In an interview with Live Science, Jack Naglieri, a research professor at the University of Virginia says “The best way to measure intelligence is to measure those abilities that underlie the acquisition of knowledge”. He refers to helping children use their innate ability more efficiently. Dr. Kevin McGrew, the Director of the Institute of Applied Psychometrics shares a similar opinion. He says “Some abilities (e.g., fluid reasoning and crystallized intelligence, or verbal abilities) are more stable over time, while others are less stable (e.g., short-term memory and cognitive processing speed). You may have a certain level of general intelligence but it is important how you use it. When you approach a task, how well do you plan? How well do you adjust your response if it’s not going well? These non-cognitive traits can be improved more easily than cognitive abilities.” It’s clear from the above that areas which would ultimately impact learning performance such as memory, cognitive processing and task planning can be improved. The experts seem to agree that intelligence is for the most part set, but there are components thereof which can be improved.

Studies show that there are multiple factors which may affect a person’s IQ. Environmental factors such as parental IQ, whether a child was breastfed, nutrition as well as exposure to medications, anesthetics and toxins are believed to play a role in a learners IQ test score. Notwithstanding the fixed elements of IQ numerous studies have shown that engagement is one of the biggest factors impacting a students attention span and ability to absorb information. Things like fun, play, rest, novelty, humor and a love of learning all affect performance. Things which inhibit a students ability to learn include acute or chronic stress as well as a poor relationship with the educator. While there is a philosophy that IQ is set, and new evidence shows that perhaps some areas of IQ can be improved, what is clear is that a child’s ability to learn, to memorize, to concentrate and to perform tasks is linked to more than fixed measures of perceived intelligence.

When parents, teachers and other caregivers have higher LQs they tend to create better learning environments for children.

Children who are brought up in a stable environment, with kind and loving caregivers, are less stressed and feel more secure. This in turn has a positive impact on the child’s IQ.

Stress induces a fight-or-flight response in the body. The body releases nor-adrenaline affecting the hippocampus, amygdala and prefrontal cortex, all areas of the brain crucial for learning. According to the handbook of stress titled, Stress: Concepts, Cognition, Emotion and Behaviour, by authors, M. Lindau, O. Almkvist and A.H. Mohammed, the two most important regions regulating learning and memory are the hippocampus and the amygdala. Both contain receptors for stress hormones. Stress causes the brain to release hormones such as cortisol which have been found to have memory modulatory effects. Memory is a process of encoding, consolidation and retrieval. Stress may be both advantageous and detrimental. Moderate levels of stress may enhance encoding and consolidation while high stress loads will usually have a negative effect on memory and impair cognitive function. Learners and adults alike experience all kinds of stress. Stress in the educational environment may stem from the pressure to perform well or social stressors. Professionals in the work environment may experience stress from several sources including the pressure of deadlines, budget constraints and macro-environmental threats. Developing stress management techniques and tools has become a necessity of modern life.

Meditation, an LQ practice, has proven to be one of the most effective techniques for managing stress and maintaining optimal performance.

The Impact of Meditation on Stress Reduction

Numerous studies have shown the link between meditation and memory retention and the beneficial effects of mindfulness on stress reduction. One study showed that even 30 minutes of meditation can boost memory and concentration. It has been found that meditation causes the brain’s cerebral cortex to thicken. Researchers at Massachusetts General Hospital found that meditation increases blood flow in the brain and also causes the size of blood vessels to increase. The cerebral cortex is the area of the brain responsible for higher mental functions, such as concentration, learning and memory. Many high performing executives practice daily meditation to optimize their mental performance and companies have also started to incorporate meditation zones or pause areas in the development of office plans. Examples of companies who acknowledge the impact of stress on performance and encourage meditation as a performance enhancing technique include Google, Yahoo, Apple and Nike as well as companies such as McKinsey & Co and Deutsche Bank. A 2013 study at the University of California, Santa Barbara had students take a mindfulness class for 45 minutes, 4 times a week for 2 weeks. Students were also encouraged to do mindfulness training for 10 minutes per day on their own. The emphasis during sessions was on teaching mental strategies using focused attention. Participant’s average GRE verbal scores went from 460 to 520 after 2 weeks of mindfulness meditation. There was also an improvement in both memory and focus.

Meditation is an act of being kind and loving towards oneself and thus plays a role in increasing ones LQ.

All the benefits of meditation on stress reduction and learning are further enhanced by increasing ones LQ through an active self-love practice such as the ‘I Love You’ practice. The ‘I Love You’ Practice enables one to feel safer in their body and calms the mind. It thus empowers a more beneficial meditation practice. The benefits of meditation have been well documented, and the practice has become an accepted and important part of managing stress, living a healthful life and performing optimally. These strategies are employed in many environments with remarkable results. Another way in-which learning can be enhanced is by creating environments where kindness is coupled with the sense of calm which comes from having the mind and body relaxed and rooted in love.

The Effects of Kindness on Learning

Apart from mindfulness many schools are beginning to introduce kindness into their curriculum.

Acts of kindness towards oneself or others is another way to increase ones LQ.

In an article titled: What if Schools Taught Kindness, Senior Outreach Specialist Laura Pinger and Clinical Psychologist Lisa Flook state “learning to strengthen their attention and regulate their emotions are foundational skills that could benefit kids in school and throughout their whole lives.” They developed a kindness curriculum for foundation phase students and ran a 12-week study in which 68 students participated. Half the students followed the kindness curriculum and the other half continued with their daily activities as per the usual routine. The results were exciting. They say “students who went through the curriculum showed more empathy and kindness and a greater ability to calm themselves down when they felt upset.” They were also more willing to share and earned higher grades at the end of the year… they also showed improvement in the ability to think flexibly and delay gratification. A clear mind is important for concentration and it is very likely that a child who is treated with kindness or compassion will pay more attention in class.

In an environment where children have been taught love or given love, they are able to focus for longer periods of time. They show higher levels of concentration and their ability to commit information to memory and recall that information quickly is improved.

The same holds true for learning scenarios involving adults. Healthy workspaces, in-which qualities such as kindness and cooperation are promoted create conditions conducive to improved performance and growth. Through the use of LQ practices such as acts of kindness and meditation, especially when coupled with techniques such as the ‘I love you’ practice, children and adults alike can strengthen their memory and improve their ability to learn, positively impacting their intelligence. We would love to hear from you. Please feel free to share your thoughts and ideas in the comments section below. Watch this space for regular articles about LQ and its many applications.