High LQ as a Critical Intelligence in Political Leadership 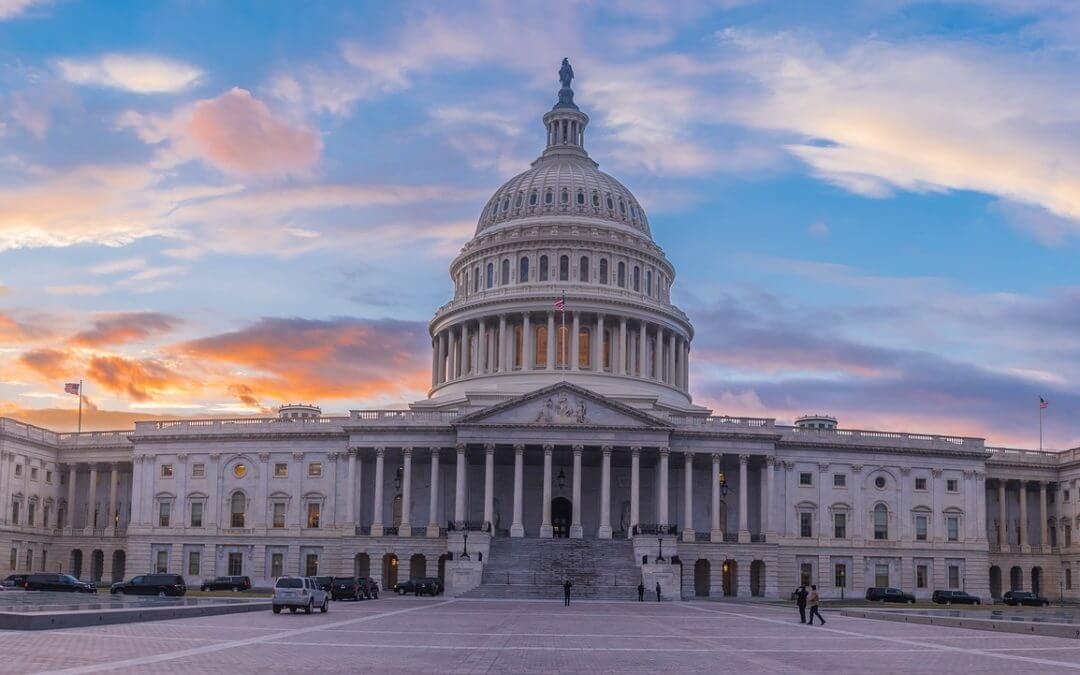 Are we on the brink of another civil war; and how did we get here if not for our leadership?

For years experts have said that America is a powder keg waiting to explode. The two-party system no longer serves the interests of the American public. It only widens the political divide and has brought government to a halt. Our prisons are overpopulated, in large part due to systematic racism, and our response to immigration has been at best embarrassing and at worst callous and inhumane.

The COVID-19 pandemic that took root at the end of 2019 came at a time when the nation was more divided than it had been in decades. As a result, our country’s response to numerous warnings, reports and predictions was both slow and fragmented. To add to that, the civil unrest sparked by the disturbing video footage capturing George Floyd’s death, brought existing racial tensions to an all-time high. Writer and civil rights activist Michelle Alexander says that America’s “democracy hangs in the balance”. She urges us to study our past and understand the cycles of oppression and resistance so as not to repeat our mistakes.

As we face crisis upon crisis, let us ask ourselves, how many of our politicians have demonstrated good judgement, diplomacy, resilience, empathy, compassion, humanity, love or kindness in recent times?

Marianne Williamson, A Politics of Love: A Handbook for a New American Revolution

Candidates running for office and those in power need to have high LQs, more so than people in other leadership positions, because of the amount of emotion (both positive and negative) directed at them and around their role.

On the one hand there is respect, adoration, praise and affirmation from the political base and on the other hand there are high levels of fear, sadness, hate and anger. A politician’s ability to be present with and feel through all of these emotions is really important.

Leaders with the highest LQ will have the greatest capacity to feel and embrace all the love and admiration that comes their way while maintaining their humility and remaining grounded. They will also be able to process and embrace all the fear, anger and upset of the people they’re serving, knowing how to speak into that context, to acknowledge the emotions of the public and to find a middle ground between opposing views.

Knowing how to respond to tough questions or negative feedback from the media, peers and other sources is a crucial skill for someone in a position of influence.

Social media has given us a platform in which to spew unfiltered, unchecked and uneducated opinion to the general populace. This had resulted in a lot more hate and bigotry being brought to the surface. Traditional media on the other hand plays to their audience’s emotions, creating further division. In such an environment, our leaders cannot afford to be divisive. Fortunately, the higher a person’s LQ, the greater their ability to embrace and address the issues at hand without becoming trapped in negativity and divisiveness.

Responding to someone’s angry or hateful remarks with more anger just escalates the negativity, undermines one’s leadership and muddies the water. It’s important for political leaders and government officials to have both a high EQ and a high LQ. While EQ helps us cultivate relationships and navigate challenging situations, LQ ensures that we are doing so from a place of love and sincerity. See how LQ empowers EQ.

Political differences impact so many areas of life, from personal relationships to relationships within families, between colleagues, and of-course cross-party relationships. When these relationships are strong, that is, if they have been nurtured, differences of opinion are ok, they can be healthy and there can be respectful dialogue around thoughts and opinions. High LQ leaders have the ability to hear and really listen to others. Even when they don’t agree, they embrace opposing opinions and the person/people who hold that point of view.

The more deeply that we have loved ourselves, the greater the propensity we have for being open to hearing different viewpoints, and allowing other people to feel safe. When you have loved yourself, you no longer feel threatened if somebody expresses a different opinion. It’s when you don’t feel safe in your own body that somebody else’s opinion or viewpoint can feel so threatening. The higher our LQ, the greater safety we feel in our own bodies, thus allowing us to be less attached to our own perspectives. This allows for greater openness to the opinions of others and the ability to embrace another, even when they have a different viewpoint.

There is also the fear of different interest groups. Having an awareness or being conscious of the different interests of various groups can be a good thing, but it can also be pretty backhanded, where there may be an expectation of a quid pro quo arrangement, especially one that compromises a politician’s personal values.

Then we come to the funding aspect of political campaigns, where large donations from corporations or individuals for that matter could mean that an elected official feels obligated to support the interests of a donor or risk future support.

Love is the only way for a politician to rise above playing these fear based political games. When politicians raise their love quotient, they are able to feel through their fear and to see past the noise through to the heart of their constituent’s concerns and issues.

When they are no longer afraid of what people think, or of not being re-elected, or of steering clear of donors with whom their values are not in alignment, then they become effective leaders. They begin to make decisions that they believe are best, even though their constituents may not agree.

High LQ leaders know how to keep the wheels turning

The UK based Economist Intelligence Unit tracks the quantity and quality of democracy around the globe. In 2016 the United States was downgraded in the Economic Intelligence Unit’s global democracy index from a full to a flawed democracy. This is disappointing for a country which is arguably the “oldest democracy in the world” and who has traditionally led the way for others to follow. According to Foreign Policy.com “When the normally pro-American Economist magazine’s annual Democracy Index downgrades the United States from a “full” to a “flawed” democracy, it’s time to start worrying.”

The American political landscape is more polarized today than it has been since the civil war. At the end of 2018, our Government literally came to a standstill with a shutdown lasting 35 days, the longest in this country’s history. Bipartisanship has been crippled, resulting in policy gridlock on many issues.

A political leader is in a unique position to bring harmony between people with different points of view. Thus, it’s even more important for an elected official to be rooted in love and to have a high LQ than it is for the average citizen. Being representatives of the people, our leaders need to be highly skilled at bringing unity and helping others to feel safe. LQ leadership within the political domain helps a leader develop empathy and a deep capacity to understand and empathize with their constituents’ pain. In this way a high LQ leader can calm a situation down, find middle ground, move the conversation forward and take decisive action.

In an increasingly globalized world, we know that the actions of one country, especially one as powerful as the United States, can have a global impact.

We, therefore, need to operate with a global awareness. When political leaders have a high LQ, they have the ability to look beyond the here-and-now. Their perspective is all-encompassing and future focused, and their actions are in alignment with a higher purpose. High LQ political leaders see themselves as citizens of not just the domain they represent, but as citizens of the world. While they may represent the interests of their city, state or country, there is also an awareness that pushing for the short-term interests of their constituents to the exclusion of others is a limiting view. Having our actions aligned with our neighbors, allies and even with those who at times oppose us, moves the human race forward in a truly unified way.

When we see ourselves as part of the human race, as global citizens, we can experience patriotism differently. The feeling of warmth and brotherly love we feel towards our countrymen can be restored and extended to people of other nations.

Albert Einstein said, “The definition of insanity is doing the same thing over and over again, but expecting different results.” If we want a different outcome, we should be looking at political leadership through a different lens. In addition to looking at our candidates credentials and track record, we should be looking for signs of a high love quotient. Inclusivity, openness, kindness, strong personal bonds and self-care all indicate a high love quotient. If we do so, we will begin to elect political officials who are better equipped to serve our country and shape our values and the values of future generations.

“Our only hope for our collective liberation is a politics of deep solidarity rooted in love.”

Love is an important aspect of the political machine, and political leaders play a pivotal role in bringing more love to politics. When we increase our love quotient by practicing self-love and self-care, we are healthier, more emotionally grounded, and more creative. We bring more love, compassion, and understanding to our relationships. We experience less stress and we are better able to cope under pressure. From a political leadership perspective, when we raise our love quotient, we display better judgement, more resilience and greater diplomacy.

Loving ourselves can change the course of the nation’s future. By raising our individual love quotients through self-love and self-care, we create a ripple effect with those around us, raising others’ LQ’s and bringing more love into the world.

Politicians and business leaders, parents and teachers; in-fact all of us from the youngest to the oldest, men and women, students, professionals and retirees deserve more love, not less. One of the most effective ways to introduce more love into our lives is by raising our individual LQ’s and adopting love-based personal, business and political paradigms. The world is calling out for greater compassion and deeper understanding; for a healing of the past, for a long-awaited closing of divides, and for a commitment to the common good. It’s up to us to be the change we wish to see in the world, and it starts with learning how to love ourselves.